It is very normal for a poker player to feel tired of always playing the same modality or to seek to renew his challenges by trying new variants of this card game that he has never played. For this reason, on our specialized poker page we are going to bring you the main alternatives available in this complex world. This will help you take on a new challenge in a way that is just as exciting as the first time you played your favorite form of poker.

In this sense, you must be aware that this card game has multiple variants in which you can venture for the first time. Today we want to show you the six that we think are the most important today and that you should know about. In this way, once you recognize each of them, you will have more options to choose from and make your passion for the world of poker even greater. So, the main variants of poker that we want to show you are:

Texas Hold’em is by far the most popular poker game in the world . Also, this is the most known and played variant among all poker players, both for those who play in poker rooms for real money and those who play for fun. So, whether you already know the game or have never tried it, the first thing you should learn are the rules of Texas Hold’em.

This variant is played with a dealer, a big blind and a small blind. If you play online or even in a physical casino, the dealer will not participate in the game. However, if you are playing at home with your friends, all players will take turns being the dealer or there may also be a pre-designated one.

Finally, it should be noted that Texas Hold’em uses the standard hand ranking, which means that a royal flush is the strongest hand and a high card is the weakest.

Texas Hold’em is popular all over the world, but as one can guess from the name of the game, it is the most played variation among players in the United States, as it is a form of poker that has emerged in that country.

On the contrary, Pot-Limit Omaha is the favorite game of European players . While this game has many similarities to Texas Hold’em , it also has some crucial differences that you need to be aware of in order to play it at its best.

Due to the betting style and high amount of game action, Pot-Limit Omaha is very popular with high rollers . In this mode, each player receives four hole cards and the maximum bet is equal to the number of chips in the pot.

As we have mentioned, there are some similarities with Hold’em. The betting structure is the same. There are five community cards and four betting rounds, including the flop, turn, and river . However, in Omaha, each player is dealt four cards, but can only use two of them and combine them with three community cards to make a winning combination.

This is not an easy poker game for beginners, but if you are familiar with Texas Hold’em, you should have no problem playing Omaha.

If you’ve been wondering why players are dealt four cards in Omaha, things will become much clearer after learning about the Omaha Hi-Lo variant. In classic Omaha, the bettor only uses two of his four hole cards. However, Omaha Hi-Lo has the peculiarity that the player must use all four .

The ranking of high hands is the same as in Texas Hold’em. To qualify for the low hand, all the cards in your low hand must be 8 or less. Also, you shouldn’t have pairs, as they don’t count towards the low hand.

The gameplay in Omaha Hi-Lo is the same as in Omaha Classic, while the main difference lies in the object of the game . While this isn’t the best game for beginners, you could learn to play it with a little practice.

It is a true classic, because while other modalities have gained popularity and taken the lead in terms of number of players, it is known that Seven-Card Stud (also known as 7 Card Stud) used to be the king of the games. poker rooms .

Seven-Card Stud is a game of limits , which means that it plays slowly, requiring patience and good strategy. Unfortunately, nowadays, people prefer the excitement that no-limit or pot-limit games offer. However, this variant is for another type of player, with qualities based on the study of the play . Don’t get us wrong, we like action too, but limit poker games shouldn’t be frowned upon.

As you can tell from the name, this game is played with seven cards . However, unlike Texas Hold’em, there are no community cards . Therefore, you may need some time to get used to Seven-Card Stud.

Anyone who hasn’t folded at this point must show all their cards and the winner is decided using standard poker hand rankings.

Now that you’ve learned about the existence of games that use low hands, it’s time to learn about the best ones. In this sense, we must talk about 2-7 Triple Draw . This form of poker has no community cards, like Seven-Card Stud, but uses blinds like Texas Hold’em.

The object of the game is to make the strongest low hand possible . To do this, you need to know the basic rules and understand how each card is valued.

The straight and the flush in this game count, while the aces work as high cards. Therefore, the best winning hand you can make is a straight flush of 2,3,4,5,7. This explains the first part of this game’s name.

At the start of each round, players are dealt five cards, with no community cards on the table . After the first betting round, they have the option to draw up to five new cards. They can do this a maximum of three times, hence the name “Triple Draw”.

After the fourth and final round of betting, the players still in the game must show their cards and the winner is determined.

Playing this game is quite fun, since it encourages players to lie a lot . However, they are difficult to find in online casinos, which is a problem if you like to play from your computer or mobile phone .

HORSE . is a game where the real professionals separate themselves from the amateurs. The name of this game is an acronym made up of the first letters of five popular poker games: Texas Hold’em, Omaha Hi-Lo, Razz, Seven-Card Stud, and Seven-Card Stud Eight or Better.

To play this game, you must know the rules and gameplay of the five poker games that make up the game .

Each of these games is played for one orbit. After completing an orbit, the dealer will announce that the game will switch to a different type of poker . Therefore, it is very important to stay focused and not mix up the games, or you will have a really bad time.

In fact, HORSE demands a solid strategy if you want to win. Most bettors are not good at these five games, so this variation could be your chance to shine as a poker player. If you are moderately good at these games, you can use your opponents’ weaknesses to your advantage.

These are the poker variants that we currently consider most important to get the most out of this game . In any case, practicing you will discover which one suits you best. If you want to start playing poker, or are tired of just playing Texas Hold’em, you should try these popular variants. If the first game you learned to play is Hold’em , we recommend that you learn Omaha next and then one of the low card games. That way, you’ll get a good range of options to enjoy.

Once you are moderately satisfied with your abilities, you should also go through the HORSE . to add a much more complete experience. There are many online tournaments that you can participate in to test your skills.

Have you ever played any of these games? Have you tried to master them? Do you have a favorite? 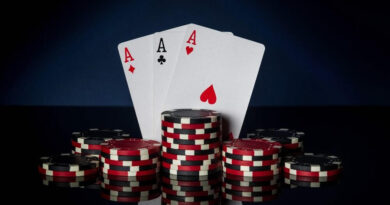 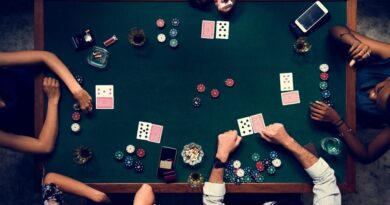 Poker keys to identify and defeat different types of players 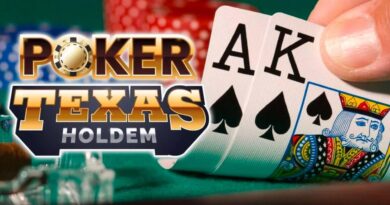 Development of the game in Poker Texas Holdem