Being successful as a poker player without bluffing at all is next to impossible. Using bluffs to steal some pots is necessary to succeed in this competitive world, whether played at live tables or betting in online poker rooms .

However, overusing this strategy can doom you to defeat , as your opponents, even less experienced ones, are very likely to find out what you’re up to. In those cases, they would start calling your bets with almost any not-so-strong hand and raising their bets with their most valuable hands.

With the above in mind, the proper strategy is to bluff sometimes, but not always: you have to do it sparingly and understand the appropriate frequency to take advantage of it.

The truth about bluffing

The only truth about bluffing is that there is no single, foolproof strategy or formula . However, it is advisable to follow some general guidelines:

However, the biggest problem you will find with the good poker players , that is, those who are unpredictable. When you have an opponent in front of you who sometimes pays and sometimes doesn’t, it’s impossible to know when to bluff. What is possible is semi-bluffing, and when that happens, we pretty much limit the opponent’s possible reactions.

What is semi bluff

The semi-bluff is a bet with a hand that is not the best, but has the potential to become it or improve a lot in later rounds.

For example, if you hit four cards on the flop to make a flush, there are nine left of the same suit to complete your game, and the odds of one of them falling on the turn or river is 1.86 to 1 against . That is, you have a 35% chance of reaching a flush.

Another case is that of the open or two-pronged straight: after the flop, you will have a 31.5% chance of completing the hand. If you take into account the amount of the pot, this usually offers more than 2 to 1 with respect to what you bet, so it would be a profitable play.

Considerations when using the semi bluff

Semi bluffing can be really useful (and even necessary) when playing poker tournaments online or at your regular physical establishment. That is why it is necessary for you to understand a series of aspects before falling into the temptation of launching to use it continuously. The key is precisely the opposite: choosing the right time to use it.

Selective aggression as a key

One of the keys to winning at poker is selective aggression, which often pays off in the long run . This means that it is practically impossible for you to become a long-term winner playing passively. Being passive is synonymous with not maximizing profits with good hands and, at the same time, maximizing losses against strong opponents’ hands.

But like everything in poker, this aggressive game requires balance and proper management . If opponents spot a manic player, they will toughen up a bit, but commit their money to winning hands and eventually destroy the aggressive player.

Semi-bluffing is a strategy that allows you to be aggressive and selective at the same time . When betting with hands that have a real chance of improving, if you are the semi-bluffing player you will have a double chance of winning: getting the opponent to fold, or if the opponent calls and you manage to improve your hand

This combination of draw and bluff in one hand makes the semi-bluff so valuable . Imagine you have a flush draw on the flop. Like we said, 35% of the time, you’ll hit the flush on the turn or river. So if what you do is play passively and pay to see if you connect your game, you will win 35% of the time and your opponent will win the other 65%.

However, if you decide to bet or check-raise and your opponent folds 25% of the time, you will be going from a 35% chance of winning to a 60% chance of winning, thus crossing the line that separates the opponents. long-term winners from the rest of the players.

This is the secret of semi-bluffing. The two ways to win add up to turn your hand , which seems like a loser most of the time, into a winning hand in the long run.

You can’t always resort to semi-bluffing

Semi-bluffing any hand doesn’t usually have the added power to become a long-term winner. If, for example, the idea of ​​making a semi-bluff with 8-3 offsuit crosses your mind, you don’t really have a flush or straight draw. In this case, the only thing that would save you is that eights or threes fall, since the price paid is too high.

This is not to say that you should never bluff with such hands. Remember that it is always important to know your opponent , and in general, this aspect could even have more relevance than the cards you have received. For example, your 8-3 offsuite bet is more likely to be a bluff than a semi-bluff. And when you bluff like that, you don’t have a double chance of winning: the only alternative left is for your opponent to fold his hand.

Obviously, the chances of improving your hand when you have a straight or flush draw are much greater than if you have a hand as poor as 8-3 offsuite that didn’t improve on the flop. So, just as we shouldn’t bluff all the time, we could say that we should resort to semi-bluffing with hands that have a prospect of becoming winners .

If you are playing poker against smart opponents who study your game and recognize that semi-bluffing is part of your strategy, this will only make your bluffs more effective with hands that have no potential for improvement.

For example, if your bluff bet represents a flush draw you don’t have, and then a third card of that suit lands on the board, betting again will likely force your opponent to call your bet. This should happen this way because, based on the previous analysis of your game, it thinks you are in a semi-bluff situation.

However, this can be dangerous : the smart player will surely tend to reraise of considerable value when he detects that we are making a semi-bluff, as long as he is sure that he has the best hand. That is, if you want to keep seeing new cards on the table to improve your hand, you will have to pay a price.

As with almost all concepts in poker, the semi-bluff is a two-way tactic : you will not only have to think about your cards, but what your opponent might have, who will also be confronting the reality of his hand with yours. potential play. However, the positive side of semi-bluffs is that most opponents don’t play well enough to thwart such a strategy. In the long term, as we said, the semi-bluff with tied hands is a strategy that will end up paying you big .

Just as we said you need to bluff every once in a while to be a long-term winner, you also need to take advantage of semi-bluffing opportunities. This behavior will give you two ways to win and you will have many more things in your favor than simple chance.

To become a long-term winner in the world of poker, it usually won’t cut it if you just use the classic ABC style of play. If you play at your favorite online casino site against smart players, you will be forced to adopt different tactics in order to maximize your winnings. In this context, incorporating the semi-bluff into your game will allow you to keep a few more pots, and in case the opponent calls your raises, you will sometimes get a good prize.

On the other hand, there will be times when semi-bluffing doesn’t give you much . In particular, these will be the cases where our opponents are very aggressive and tend to raise our bluff bets.

Either way, it’s important to identify the style and aggressiveness of your opponents to know if resorting to a semi-bluff is beneficial or will only bring you problems. Finally, remember not to get too repetitive in how you play your hands, or play different hands the same way . By doing this, you will make it difficult for the rest of the players at the table to try to detect a definite pattern in your decisions. 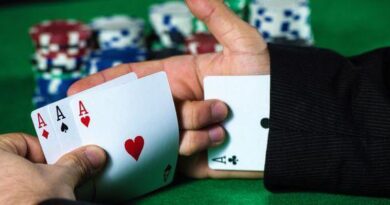 3 common ways to cheat in poker 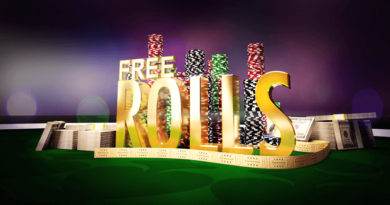 What are Freerolls and why you should play them 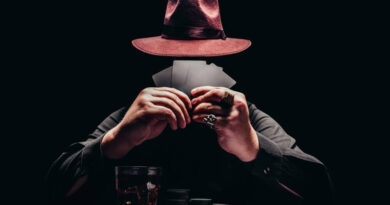