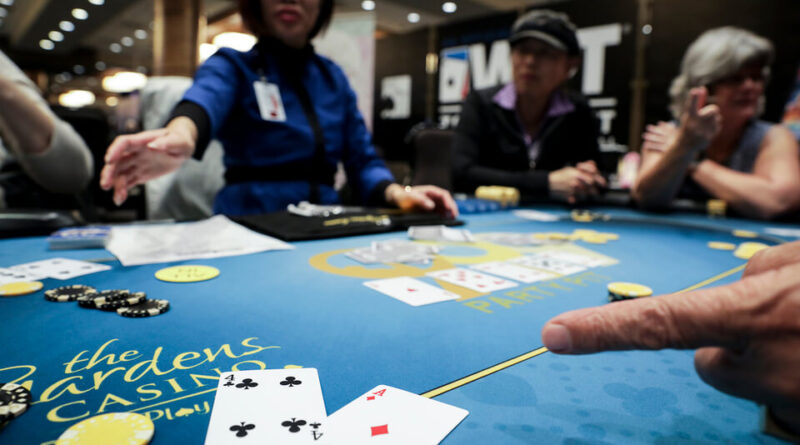 The Gardens Casino room in California has finally recovered its daily poker tournaments as of yesterday, August 3, 2022 after a two-year hiatus of inactivity.

Similarly, the North American casino also intends to resume its collaboration with the World Poker Tour (WPT) with the return of its popular Satellite Spectacular poker promotion.

At the moment, Gardens Casino tournaments will be available on Wednesday, Thursday and Friday, with buy-ins ranging from $130 to $240 . The Bounty tournaments on Wednesdays are back, but this time the amount of the guarantee has been doubled, which indicates that it will attract more players.

The Friday tournament is also expected to attract a large number of players , as it is a tournament that has had a significant uptake among players previously and where it always exceeded its $20,000 guarantee, with prize pools reaching the $50,000.

Cavin Quintanilla, Tournament Director at Gardens Casino , made the announcement via Twitter . Quintanilla is delighted that players will once again be able to play at The Gardens tables.

In fact, according to Quintanilla, fans in Southern California are excited about the return of tournaments to the popular poker room and the response appears to have been overwhelming .

Gardens maintains its association with the WPT

Gardens Casino has also announced that it will be re- launching the Spectacular Satellite promotion in collaboration with the WPT. Players can now start earning points with each daily event they play. They can then use those points to qualify for the WPT Satellite Spectacular tournament. Players will only need 10 points to access it .

Those who win between 10 and 20 points will have 2,000 chips, while players with 60 points or more will sit with 6,000 chips. Six players will win a package to the WPT World Championship that covers the $10,400 buy-in and more than $2,000 in travel and accommodation expenses. In addition, the winners will get special VIP passes.

The WPT World Championship will be held in December of this year at the Wynn in Las Vegas and is endowed with a guarantee of 15 million dollars. The Spectacular Satellite promotion will be valid until October 30.

Finally, at the moment no major poker tournaments have been scheduled at Gardens casino, but the administration has informed that everyone is looking forward to that moment and that they will keep players informed of any relative developments. How can you contact the customer service of a casino?